It’s time for the European champion Portugal to play its second game at the FIFA World Cup in Russia. On Wednesday afternoon the Selecao is facing Morocco at the Stadion Luzhniki in the capital Moscow. Let’s have a look. 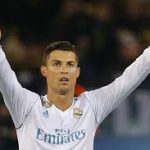 It was a really thrilling how Portugal started their participation at the World Cup. Fernando Santos’ boys made a spectacular 3-3 draw against Spain.The captain of the team Cristiano Ronaldo stole the show, scoring a fabolous hattrick in David De Gea’s net. For a first time Ronaldo scored a hattrick at the World Cup and now he’s ready to prove once again that he’s the best player on the planet.

There are no injuries or suspensions in Portugal’s squad after the Spain game. But it doesn’t mean that the manager Fernando Santos is not going to make some changes. Joao Mario could take Bruno Fernandes’ place in the starting eleven, while it’s not guaranteed that the young Goncalo Guedes will keep his place as a partner of Cristiano in attack. Manchester City’s Bernardo Silva didn’t impress against La Roja, but most likely he’s going to retain his place in the starting eleven.

Morocco started the World Cup in a really unlucky manner. The current champion of Africa suffered a dramatic 0-1 defeat against Iran, with the winning goal in the game coming by an own goal in the last seconds of the match. It was the substitute Aziz Bouhaddouz, who put the ball in his own net in the last seconds of the match. Morocco were labeled as favourites in this game, but in the end it was the Irani team which celebrated the win.

We could see some changes in Morocco’s squad for this game. Nordin Amrabat suffered a concussion in the match against Iran, so we could see him sitting on the bench against Portugal. If this happens, most likely Nordin is going to get replaced by his brother – Sofyan. Just like it was against Iran.

It remains to be seen if the manager Herve Renard makes some other changes for the game. Despite of losing against Iran, in the most of the game it was Morocco who dictated what was happening on the pitch. Renard can be satisfied with the performance of his team. The only unsatisfying thing in this case is the result.

It’s far from surprising that Portugal are a heavy favourite against Morocco. Four years ago in Brazil Portugal didn’t reach the knockout phase of the World Cup, which was a failure for the Selecao. Now the European champions are motivated to do much better in Russia. The Iberians know that a win against Morocco will move them much closer to the 1/8-finals. Morocco on the other hand do not have any other choice, but to look for something more against Portugal. After losing their first match in Russia, a second consecutive loss would mean “game over” for them. In conclusion we can say that we also regard Portugal as a big favourite here. Cristiano Ronaldo is on fire at the moment, so we expect to see him once again scoring goals.