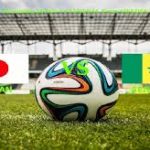 Japan faces Senegal in a match from Group H of the FIFA World Cup in Russia. Let’s have a look at this clash, which is going to be played at the Ekaterinburg Arena in the city of Ekaterinburg.

Japan started their participation with a 2-1 win over Colombia in the first round. Some people may be surprised of this result, but it’s kind of logical, taking into account that Colombia played the whole game with 10 men on the pitch. Carlos Sanchez from the Colombian team was sent off after just three minutes of play, which gave Japan a huge advantage in the game. Shinji Kagawa and Yuya Osako scored the two goals for the Samurai, which was enough for them to take the three points.

This is a game between the two leaders in Group H, because Senegal also won their first game at the World Cup. The African team surprised many people by beating Poland with 2-1 in Moscow. An own goal of Thiago Cionek and a strike of Mbaye Niang gave the win to Senegal, although most of the pundits regarded the Polish team as a favourite in this match.

These two teams have met three times in history so far and Japan are yet to achieve win. Senegal have won two of their games so far and one has ended with a draw. Japan and Senegal have not met each other since 2003.

Both teams are very motivated to win because they know that a second consecutive win would mean qualification for the 1/8-finals. For both teams this would be a major success, especially when these two teams were not regarded as favourites in this group.

We expect to see Yuya Osako once again leading the Japanese attack, while Makoto Hasebe, Gaku Shibasaki, Genki Haraguchi, Shinji Kagawa and Takashi Inui will start in midfield. After beating Colombia in the previous game, Japan’s manager Akira Nishino do not have any reasons to change line-up. Some people wander if the veteran Keisuke Honda is not going to recieve a chance to play, but for now it’s expected the midfielder to remain on the bench.

Before the game Akira Nishino admitted that he expects a tough game against the Senagalese team, which plays with a lot of spirit and energy. Nishino stated that Japan’s biggest strenght is the unit play and he expect to see this against the Africans as well.

Senegal’s head coach Aliou Cisse will rely once again on Liverpool’s superstar Sadio Mane to inspire the team. Mame Diouf and Mbaye Niang will lead the attack, while Ismalia Sarr, Alfred Ndiaye and Idrissa Gueye shall start among Sadio Mane in midfield.

There’s a curious statistic about Senegal. So far the Lions of Teranga are unbeaten in the group stages of the World Cup – they have played four games in the groups (now and in 2002) and they have not lost neither one of them.

This is our take about the World Cup game between Japan and Senegal from Group H. We wish you a good luck.