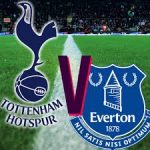 The mood in Tottenham’s squad is amazing now. Spurs managed to qualify for the Champions League’s final, eliminating Ajax during the week. Mauricio Pochettino’s team played an amazing game in Amsterdam and achieved a dramatic 3-2 win, thanks to a hattrick from Lucas Moura.

In the Premier League Tottenham need just one more point in order to guarantee themselves a place in the Top 4. Right now Spurs are 4th in the standings with 70 points, having 3 points advantage in front of Arsenal. In the same time they are just 1 points behind the 3th Chelsea, so winning the third place is also a possibility here.

Of course, there would be some fatigue in Tottenham’s squad after the dramatic game against Ajax. Don’t be surprised if the you see the manager Mauricio Pochettino making some changes in his starting eleven for this game.

Meanwhile Everton are 8th in the league standings with 53 points won so far. The Toffees hoped for a little bit better season and reaching the European competitions, but they will leave this for the next season.

In their last game Marco Silva’s boys faced Burnley at home and enjoyed a 2-0 win at the Goodison Park. Burnley’s Ben Mee scored himself an own goal, while Seamus Coleman made it 2-0 three minutes later.

These are our thoughts about the clash between Tottenham Hotspur and Everton in the Premier League on Sunday. Good luck!