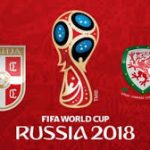 Serbia hosts Wales in a game from Group D of the World Cup qualifiers. This is arguably one of the most interesting matches we’d have the chance to see on Sunday night.

After five rounds being played in Group D so far, Serbia are leading the group with 11 points won. Ireland have the same active, but their stats are worse than Serbia’s. Wales are currently third in the group with 7 points, so they need to start winning more games as soon as possible, if they want to keep their chances of qualifying for the World Cup in Russia.

Both teams are being unbeaten from the start of the campaign, but there’s a huge difference between their performance. Serbia have won three of its games so far, while Wales managed to win just once – against the outsider Moldova in the first round.

After celebrating a terrific campaign at the Euro 2016, Wales started the World Cup qualifiers not in the best way possible. After beating Moldova in the first game, The Dragons made four consecutive draws in a row. The most dissapointing one of them was the 1-1 draw against Georgia at home – a game, which Wales just had to win.

Serbia on the other hand lost points during the draws against Ireland and Wales, but they were perfect against Moldova, Austria and Georgia.

The first game between these two teams in this group was played in Cardiff in November. The match ended with a 1-1 draw, after Gareth Bale scored for the Brits, but Aleksandar Mitrovic equalized just five minutes before the end.

This game is very important for both sides. Serbia would like to keep their position as leaders in the group standings. Wales on the other hand, how we pointed out, need to start winning, if they want to be in Russia next summer. It’s going to be an interesting clash!