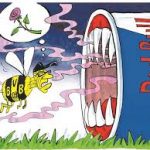 Red Bull Salzburg welcomes Borussia Dortmund in a second leg from the 1/8-finals of the Europa League. Let’s have a look at this game in the Austrian city of Salzburg.

The first leg at the Signal-Iduna Park in Dortmund ended in a sensational way – with a 2-1 win for the visiting team of Red Bull Salzburg. Nobody really expected it, because Borussia Dortmund were labeled as favourites of winning the game. But the Austrian side performed in a brilliant way.

Valon Berisha scored both goals for Salzburg that night, while Andre Schurrle kept Dortmund’s chances of progression. Now the German side will have a really difficult task in Salzburg. They have to score at least two goals on hostile ground in order to have chances to eliminate their opponent. But in same time, they must defend well against Salzburg’s strong offensive line.

In the German Bundesliga Borussia Dortmund continue their fight for another Champions League qualification. They are currently 3rd in the Bundesliga with 45 points, being on just one point behind the 2nd Schalke 04. In their last five games Dortmund are unbeaten in the domestic league – three wins and two draws. In their last match they enjoyed a dramatic, but important 3-2 win over Eintracht Frankfurt at home.

Meanwhile Red Bull Salzburg are a convincing leader in the Austrian Bundesliga. They have 8 points advantage in front of Sturm Graz and they are marching on towards another title. In their last five games Salzburg are almost flawless – four wins and one draw against Mattersburg.

It won’t be easy for Borussia Dortmund to eliminate Salzburg from the competition, especially after the result in the first game. Dortmund were considered as one of the favourites to win the trophy, but now they on the verge of leaving the competition.