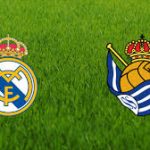 Real Madrid hosts Real Sociedad in a game from the 23th round of the Spanish La Liga.

This is a terrible season for Real Madrid. After winning the title last season, plus winning the Champions League as well, now the Los Blancos are having a very bad time. Real Madrid are currently 19 points behind the leader Barcelona, being 4th in La Liga’s standings. They are closer to the 5th place in the table than they are to the top, which is not acceptable.

Real Madrid’s record in the league so far is 11 wins, 6 draws and 4 losses. Zinedine Zidane’s team is a shadow ot itself, compared to last season. It’s almost sure that Zidane is going to be sacked in the end of the season, except if he doesn’t win the Champions League for a third consecutive time.

In their last match Real Madrid made another wrong step, losing two points during the viist to Levante.

Real Sociedad are also not having the best possible season. Last year La Real qualified for Europa League, but at the moment Eusebio’s team is 14th in La Liga’s standings. The Basques have just 26 points won since the start of the season. Their record in the league is pretty poor – 7 wins, 5 draws and 10 defeats. In their last five games Real Sociedad lost four times and won once – against Deportivo La Coruna in the last round.

Real Madrid are an obvious favorite against Real Sociedad, despite of their problems this season. It’s time for the champions to start playing better, especially when the season enters its most crucial time. Real Madrid still have to guarantee itself a place in the Top 4, because missing the Champions League would be a pure disaster for the club.