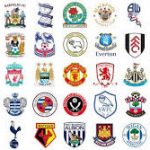 After Manchester City, Arsenal, Liverpool and Chelsea all winning their last games in the Premier League, the competition remains incredibly competitive after the first ten rounds being played. Manchester City are still on top, but only because of goal difference, as they have the same amount of points as Arsenal and Liverpool. And Chelsea are just a point behind.

For Manchester City winning with 4-0 against West Brom was a huge relief. Mainly for City’s manager Josep Guardiola, who was heavily criticized after the six games run without a win for The Citizens. But now City are still on top and they even beat Barcelona in the Champions League, so everything for them looks fine once again.

Just like Manchester City, the teams of Arsenal, Liverpool and Chelsea also won their last games away from home. All of this is telling us that we should all expect the new champion in England to finish the campaign with an incredibly high amount of points. This time it won’t be enough to be consistent just at home ground. You will have to win almost every away game as well, if you want to win the gold medals.

Chelsea are clearly the team in form in the Premier League right now. Antonio Conte was close to sacking after The Blues lost two consecutive games in the league, but now the Italian manager is showing his true talents as a manager. Chelsea are looking very good lately and the won all of their last four Premier League games, including the 4-0 demolition of Manchester United. There are no doubts right now that Chelsea are one of the major contenders for the title.

Speaking of Manchester United, things continue to not look good for the Red Devils. After being unable to beat Burnley at the Old Trafford, Manchester United are now without a win in four consecutive Premier League games. Their last win was against the current champion Leicester City in September. It’s not surprising that we could already hear some gossip about Jose Mourinho losing his job in near future. Some jokers now even call Mourinho “The Special Once”, making fun of the Portuguese manager. We should wait and see if he’s capable to change the way his team performs. If not, he would have to answer to some serious questions really soon.

We should also note the problems Tottenham are facing right now. They are the biggest so called “black horse” in the title run. They do not have a squad like the biggest and richest clubs in England, but they have a talented manager who is making the team perform very good. But right now Spurs are not in a good run of results. The Londoners won just three points in their last three games, which left them at 5th place in the table. But they are still just three points away from the leader, so in the long run Tottenham still look in amazingly good position to aim for the top.