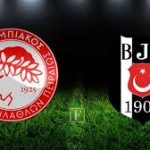 The clashes between Greek and Turkish teams are always offering some major heat and an ocean full of emotions. Now Olympiakos are hosting Besiktas in an Europa League 1/8-final and we should expect a very rough battle between two of the biggest football giants on the Balkans.

The Greek team managed to reach the Europa League 1/8-finals, after eliminating another Turkish team from the competition – Osmanlispor. The first game in Piraeus finished with a 0-0 draw, but in the second leg Olympiakos scored three “clean” goals and didn’t give any chances to the home team.

After finishing third in its Champions League group, Besiktas continued their European participation in the Europa League. In the 1/16-finals the Istanbul giants won two times against Hapoel Be’er Sheva from Israel, but now they are ahead of a much bigger challenge.

This game looks even more interesting than usual, because both teams are current leaders in ther domestic leagues.

Olympiakos are leading the standings in the Greek Super League, enjoying a six points advantage in front of Panionios. But even with being a leader, we can’t say that Olympiakos are currently enjoying a good form in the league. The team from Piraues lost three games in a row in the Super League – against AEK, Panionios and PAOK, which is highly unusual. Before that Olympiakos had only one loss since the start of the season.

Besiktas on the other hand are doing exactly the opposite – they won all of their last three matches in the Turkish Super Lig. Senol Güneş’ team is currenlty enjoying a four points lead in front of Istanbul BB, but the title race in Turkey is still widely open.

Between Olympiakos and Besiktas we should expect a fierce and very emotional game. Just like always, when teams from Greece and Turkey are playing each other. The show is guaranteed!