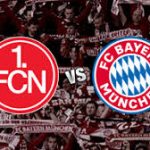 Nurnberg welcomes Bayern Munich in a match from the 31th round of the German Bundesliga. Let’s have a look at this clash at the Max-Morlock-Stadion in the city of Nurnberg.

Nurnberg are desperately trying to beat Stuttgart for the 16th place in the Bundesliga and participate in the relegation playoff. Right now they are 17th in the table with 18 points, being 3 points behind Stuttgart. So far in the league Nurnberg have a record of 3 wins, 9 draws and 18 defeats. They are in a big danger of relegation at the moment.

In their last five games in the league Nurnberg achieved one win, made two draws and lost twice. In their last game Boris Schommers’ boys travelled to Leverkusen, but suffered a 0-2 loss from the hands of Bayer. Which was far from surprising, of course. Now they will have an even harder task against the champion.

Bayern Munich are leading the standings in the Bundesliga with 70 points, but having only one point advantage in front of the 2nd Borussia Dortmund. For the Bavarians it’s a must to win this visit to Nurnberg and they know it very well. Every mistake until the end of the season could be fatal for the club’s ambition to defend the title. 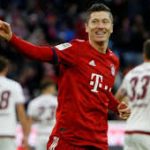 Bayern Munich’s recent form is almost perfect – four wins and one draw. In their last match Niko Kovac’ boys hosted Werder Bremen and it wasn’t easy. Bayern needed a late goal from Niklas Sule in the 75th minute in order to win the match. It was a complicated game for sure, but the most important thing for Bayern is that they have won.

In conclusion we can say that we don’t expect much from Nurnberg against Bayern Munich. The difference in terms of quality between these two sides is too big at the moment.