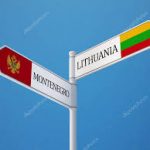 Montenegro hosts Lithuania in a match from Group 4 of League C of the UEFA Nations League. Let’s take a look at this game, which is going to be played at the Stadion Pod Goricom in the city of Podgorica.

Montenegro kicked off their Nations League campaign with a strategic 0-0 draw during the visit to Romania. Being away from home and against a strong opponent, for Montenegro the priority was to avoid losing. And they did it. Ljubia Tumbakovic’ team had some difficulties, especially in the last ten minutes after Stefan Mugosa’s red card, but they survived and kept the point. Maybe now for Montenegro is a time to record a first win as well. Most certainly this is what their fans will expect on Monday night.

Before facing Romania in the Nations League, Montenegro played in four friendly games. They made three draws against Cyprus, Turkey and Bosnia-Herzegovina and suffered a defeat against Slovenia. The last time when Montenegro enjoyed a win was an year ago against Romania in a World Cup qualifier.

Lithuania began at the Nations Cup with a 0-1 defeat at home against Serbia. Edgaras Jankauskas’ boys gave their all, but Dusan Tadic’ goal from a penalty kick gave Serbia the win. It was not much of a surprise as Lithuania were underdogs against the strong Serbian team, which participated at the World Cup in Russia.

Before facing Serbia, Lithuania three of their last four games. For Lithuania it’s pretty difficult to impress in football and this is not even the number one sport in this country.

Montenegro are favourites against Lithuania at Monday night. They are playing at home and they already started the competition with a positive result against Romania. As for Lithuania, they will try to avoid losing, but it’s going to be hard for them.