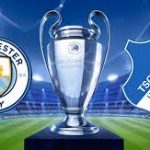 We are heading to the Etihad Stadium in Manchester, because Manchester City hosts Hoffenheim in a match from Group F of the Champions League.

Right now Manchester City are leaders in Group F with 10 points, having 3 points advantage in front of the 2nd Olympique Lyonnais. In other words, Pep Guardiola’s team need at least a draw to secure the first place in the group. If City loses against Hoffe and Lyonnais beat Shakhtar in the other game, City will finish second.

Manchester City started their Champions League campaign in the most unexpected way possible, losing against Olympique Lyonnais at home. But after this, Guardiola’s team achieved three wins and made one draw, becoming a favourite for the first place in the group.

In their last game in the group the Cityzens made a 2-2 draw against Olympique Lyonnais on French soil. Aymeric Laporte and Sergio Aguero scored for City at the Groupama Stadium, securing a point for the English champion.

This season Manchester City will once again try to win the Champions League for a first time in their history. Last season City ended their campaign in the 1/4-finals, losing against Liverpool.

Hoffenheim on the other hand still have a chance to finish third in the group, but only if they win against City. Right now Hoffe are 4th in the group with 3 points, being 2 points behind the 3rd Shakhtar Donetsk. In their last game in the group Hoffenheim suffered a 2-3 loss against Shakhtar at home.

When Manchester City and Hoffenheim met in October on German soil, the English team achieved a 2-1 win. Hoffe scored a goal in the first minute of the match, but City turned it around with goals from Sergio Aguero and David Silva.

That’s what we had to say about the Champions League clash between Manchester City and Hoffenheim at the Etihad. We wish you good luck!