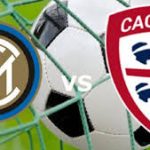 Inter hosts Cagliari in a match from the 7th round of the Italian Serie A. Let’s see what’s going on with these two teams before their meeting at the Stadio San Siro in Milan.

Inter are currently 6th in the Serie A standings with 10 points won and a record of 3 wins, 1 draw and 2 losses. Luciano Spalletti’s boys made some surprising mistakes since the start of the season, which is why Inter are already 8 points behind the leader Juventus. But in same time, the Nerrazurri are just 2 points behind the 4th Lazio, so things are not that bad for them just yet.

The San Siro giants bounced back after their dissapointing loss against Parma, winning two consecutive times against Sampdoria and Fiorentina.

It was not easy against Fiorentina at the San Siro in the previous round, but Inter managed to win with 2-1. Mauro Icardi and Danilo D’Ambrosio were the heroes of the day, scoring for the home team. Meanwhile Milan Skriniar would like to forget this game as he scored himself an own goal.

Cagliari on the other hand are 16th in the Serie A standings right now with 6 points won and a record of 1 win, 3 draws and 2 defeats.

In the previous round the Rossoblu made a 0-0 draw against Sampdoria at the Sardegna Arena. Both teams had some chances to score a winner, but the two goalkeepers Alessio Cragno and Emil Audero made some important saves.

That’s what happening with Inter and Cagliari before their game at the Stadio San Siro in Mian. Surely Inter are the favourites here, but it remains to be seen if they can find the consistency they are looking for. If they make it three wins in a row, maybe it would be a sign that they are finding their rhythm.