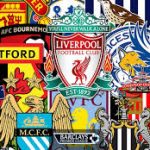 Everton hosts Watford in their first home game at the Goodison Park for the new season in the Premier League. The Toffees are chasing their first win for the new campaign as well. Here we go.

In the first round of the league Everton visited Crystal Palace at London, but they were unable to win. The game at the Selhurst Park ended with a 0-0 draw, so both teams won a point. Everton had to finish the game with 10 men on the pitch, because the midfielder Morgan Schneiderlin recieved a second yellow in the 76th minute. The exciting summer signing Moise Kean made his official debut for Everton, but the young Italian striker was unable to score. He also had just 20 minutes on the pitch.

Last season was kind of dissapointing for Everton, because the club invested some big money for new players. The manager Marco Silva is perfectly aware that now he has to do better. The Toffees have some big potential, but let’s see if they can reach their peaks.

In the same time Watford started the new campaign in an incredibly dissapointing way. Javi Gracia’s team hosted Brighton & Hove Albion at home, but suffered a serious 0-3 at the Vicarage Road. The French midfielder Abdoulaye Doucoure scored himself an own goal, while Florin Andone and Neal Maupay finished the job for the visitors.

Watford are a curious project to follow. Last season Javi Gracia did a good job with the team and even qualified it for the FA Cup final. The club doesn’t have any huge stars in the squad, but sometimes it’s not the most important thing as well.

Both Everton and Watford have something to proove at the Goodison Park. Both teams are looking for their first win for the season as well. It’s going to be pretty interesting to see this game.