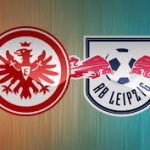 Eintracht Frankfurt hosts RB Leipzig in a match from the 4th round of the German Bundesliga. These are our thoughts about this game.

The DFB Pokal holder Eintracht Frankfurt started the new season not in the best way possible – with one win and two losses. We could say that Eintracht are still trying to adapt to the leaving of their manager Niko Kovac, who chose to work at Bayern Munich.

Eintracht started the season with a win against Freiburg on the road, but in the next two games they suffered defeats against Werder Bremen and Borussia Dortmund. Surely this is not the best way the new manager Adi Hutter could have started his time in the club.

In the last game Frankfurt suffered a defeat against Borussia Dortmund at the Signal Iduna Park. The visitors scored via Sebastien Haller, but Dortmund were just better in this game.

During the week Eintracht Frankfurt had a game in Europa League as well. The German team faced Olympique Marseille at home, but suffered a 1-2 defeat to the French side.

RB Leipzig also had a little bit unconvincing start of the new campaign. They are currently 13th in the standings with 4 points won and a record of one win, one draw and one defeat. But they are improving with every game, starting with a loss against Borussia Dortmund, followed by a draw with Fortuna Dusseldorf and a win over Hannover 96.

Against Hannover in the previous round RB Leipzig achieved their first win for the season, beating Hannover at home with 3-2. Timo Werner scored twice for Leipzig, while Yussuf Poulsen added one more for the host.

These are our thoughts about the Bundesliga clash between Eintracht Frankfurt and RB Leipzig in the 4th round of the league. Good luck!