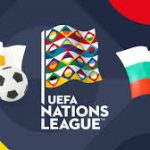 Cyprus welcomes Bulgaria in a match from Group 3 of League C in the UEFA Nations League. We are about to examine this clash in our betting preview, so take a seat and see what’s currently happening in this group.

Cyprus are currently third in this group with 4 points won from 4 games played. The team’s record at the moment shows 1 win, 1 draw and 2 losses. Cyprus are currently 5 points behind Norway and Bulgaria and 3 points ahead of the underdog in the group Slovenia.

In their last game Cyprus made a 1-1 draw away from home against Slovenia. Fotios Papoulis opened the score for the visiting team, but Nejc Skubic equalized for Slovenia after an assist from Miha Zajc. This is how Slovenia won their only point since the beginning of the competition.

Bulgaria are doing much better so far. The Lions are second in the group right now with 9 points, but being on par with the leader Norway. The goal difference of these two teams is very similar, but Norway’s is just a little better.

Bulgaria started in this group with three consecutive wins against Slovenia, Norway and Cyprus, but in their last game they were beaten by Norway in Oslo. This is how the Bulgarian team lost its first place in the group. They were in a very good position to attack the top, but now they are second. This is why Bulgaria really need to win against Cyprus in order to keep their chances of finishing first.