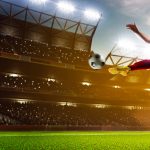 Crystal Palace hosts Arsenal at the Selhurst Park in a London derby from the 22th round of the Premier League. Let’s see what’s the situation with these two teams before they face each other in the capital on Saturday.

Crystal Palace are unbeaten in their last three games in the league, scoring one win and doing two draws. Roy Hodgson’s team is currently in the Top 10, being 9th with 28 points. That’s a pretty satisfying position for Palace, who started the season with the main goal to be away from the relegation zone. We can say so far they are succeeding in that.

In the previous round Crystal Palace had to visit Norwich City at the Carrow Road. This is a good opportunity for them to record a win, but the match ended with a 1-1 draw. The hosts had the luck to score an early opener via Todd Cantwell, but just five minutes before the end Connor Wickham equalised after an assist from Wilfred Zaha.

Arsenal will look for their second win in the league since the appointment of Mikel Arteta. The young Spanish manager celebrated his first win with the Gunners when his team beat Manchester United in the previous round. Arsenal also progressed in the FA Cup after beating Leeds United at home.

The game against Marcelo Bielsa’s Leeds was few days ago at the Emirates. The only goal in the match was scored 10 minutes after the break when Reiss Nelson put the ball behind Ilan Meslier’s back.

Arsenal look inspired under the management of Mikel Arteta, but they won’t have it easy against Crystal Palace at the Selhurst Park. Roy Hodgson managed to build a capable team, so Palace will fight hard for points there.