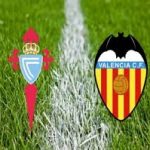 Celta hosts Valencia in a match from the 34th round of the Spanish La Liga. Let’s examine this game in the beautiful city of Vigo.

Celta are 10th in the standings of La Liga, having a record of 12 wins, 8 draws and 13 defeats since the beginning of the season. In their last five games they won once, made three draws and also lost once – against Leganes. In the last round of the league Unzue’s team made a 2-2 draw during the home game against the leader Barcelona.

Celta started the season with ambitions for an European qualification, but they are performing like a typical midtable team at this point. They still have chances to improve their position in the league, being on just 4 points behind the 7th Sevilla. A few wins until the end of the campaign could do good to Celta and their final position in the standings.

Now Valencia are coming for a visit to Vigo.

Valencia are having a completely different season, compared to the last one. Now the Los Che are going to finish in the Top 4 of the league and they will return to the Champions League for the next edition of the competition.

Right now Valencia are 4th in La Liga with 65 points and most probably they will finish at this position. The team’s record in the league shows 20 wins, 5 draws and 8 losses. Valencia were enjoying a good run of results lately, but right now they in a run of two consecutive losses, conceded against Barcelona and Getafe. The loss against Getafe was surprising, coming at the Estadio Mestalla in Valencia.

This shall be a very good match between Celta and Valencia. Despite of the difference in terms of league position, these two teams could make a very competitive event.