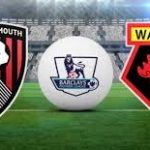 In their first game for 2019, AFC Bournemouth and Watford meet each other at the Vitality Stadium in a match from the 21th round of the English Premier League. Let’s take a look.

How are Bournemouth doing since the start of the season? At this moment Eddie Howe’s team is 12th in the standings with 26 points. Of course, this is fine enough for Bournemouth, because their main goal is the survival and to keep their place in the elite division. They had some strong and some bad moments since the beginning of the season, but the most important thing is that right now Bournemouth are 11 points above the relegation zone. If they keep this level of performance until the end, most probably they won’t have any problems to keep their place in the elite division.

In their last game Bournemouth suffered a defeat, conceding a 1-4 loss against the inspired Manchester United. The Red Devils are now enjoying a new life under the management of Ole Gunnar Solskjaer and Bournemouth felt this. Nathan Ake scored for the visitors at the Old Trafford, but this goal was far from enough for Eddie Howe’s team.

As for Watford, Javi Gracia’s boys are also doing solid since the beginning of the campaign. Right now Watford are 9th in the Premier League standings with 28 points, being in a comfortable position after the end of the last year.

So far Watford have a record of 8 wins, 4 draws and 8 losses, which is telling you how balanced the have been through the year. In their last game they shared the points with Newcastle United for a 1-1 draw at the Vicarage Road. Abdoulaye Doucoure scored Watford’s only goal in the game.

These are our thoughts about the Premier League clash between Bournemouth and Watford. Good luck!