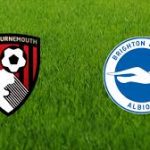 AFC Bournemouth faces Brighton & Hove Albion in a game from the 18th round of the English Premier League. Let’s take a look at this clash at the Vitality Stadium.

Bournemouth are currently 11th in the Premier League standings with 23 points won and a record of 7 wins, 2 draws and 8 defeats. In their last five games Eddie Howe’s boys won just once – against Huddersfield Town, and suffered four defeats. In the last round of the game Bournemouth were beaten with 0-2 by Wolverhampton Wanderers at the Molineux. Raul Jimenez and Ivan Cavaleiro scored the winning goals for the Wolves.

For Bournemouth being in the middle of the standings is good enough. Their main goal is to avoid relegation, so being in this position is pretty good for Eddie Howe’s team. The thing is to keep this place and hold on it.

Brighton & Hove Albion are 13th in the Premier League with 21 points and a record of 6 wins, 3 draws and 8 defeats. In their last five games Brighton won twice, lost twice and made one draw. Right now they are in a run of two consecutive defeats, conceded against Burnley and Chelsea.

Against Chelsea they suffered a 1-2 defeat at the American Express. Pedro and Eden Hazard gave Chelsea a lead in the game, while Solomon March’s goal for Brighton was not enough for Chris Hughton’s team to take at least a point against the Blues.

The good news for Brighton & Hove is that they are currently on 9 points ahead of the 18th Burnley, which gives them some sense of safety at the moment. Which is a good thing for them.

That’s what we had to say about the Premier League fixture between Bournemouth and Brighton & Hove Albion at the Vitality Stadium on Saturday. Good luck!