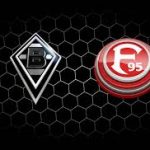 Borussia M’gladbach welcomes Fortuna Dusseldorf in a match from the 10th round of the German Bundesliga. Let’s take a look.

Borussia M’gladbach are currently 3rd in the Bundesliga standings with 17 points won. The team have a record of 5 wins, 2 draws and 2 losses since the beginning of the campaign. In their last five games M’gladbach suffered just one defeat – against Freiburg away from home.

Thorgan Hazard scored for M’gladbach in Freiburg with a penalty kick, but Dieter Hecking’s team conceded three times and suffered a defeat.

Clearly Borussia M’gladbach’s goal this season is a finish in the Top 4 of the league and qualifying for the Champions League once again. So far Hecking’s boys are moving well, we can say. But in order to continue with this dream, M’gladbach must avoid making mistakes when they can.

Fortuna Dusseldorf are having some serious problems since the start of the season. They are currently in the relegation zone of the league, being 17th in the standings with just 5 points won. The team’s record so far shows a very poor performance by Dusseldorf – 1 win, 2 draws and 6 losses. 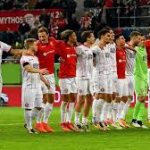 In their last five games Fortuna Dusseldorf conceded five consecutive losses, which tells us how bad they are lately. In their last fixture Dusseldorf suffered a 0-3 defeat at home against Wolfsburg. Friedhelm Funkel’s team must find a solution to this crisis as soon as possible, if they want to stay in this division. If they don’t, they could say goodbye to the Bundesliga very quickly.

That’s what we had to say about the Bundesliga clash between Borussia M’gladbach and Fortuna Dusseldorf at the Stadion im BORUSSIA-PARK in Monchengladbach. It won’t be a surprise if we tell you that the home team is a huge favourite here.