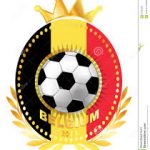 The reigning champion Club Brugge is opening Belgium’s First Division A new season, with Michel Preud’homme’s team travelling to Mechelen. During the last 2015/16 season Club Brugge managed to win the league with seven points advantage of Anderlecht after the play-offs, while Gent finished third. Now it’s time for the champions to defend the title, while the contenders will try to improve their last season performance.

So far during the summer transfer window, Club Brugge made just three new signings, buying new players from Spain and the Netherlands. Tomas Pina was signed from Villareal CF for the sum of 3 millions euro, while Anthony Limbombe (NEC Nijmegen, 2.50 mil.) and Ricardo van Rhijn (AFC Ajax, 1.80 mil.) were also bought to improve the current squad.

The current champions managed to do a prestigious outgoing transfer as well, selling the right back Thomas Meunier to the french powerhouse PSG for 7 millions euro. Taking into account that there’s still enough time until the summer transfer window closes, Club Brugges could use these money to make a few other improvements of their squad. We shall see.

After failing to win the league in their last season attempt, Anderlecht will try once again to do it with a new manager on board. This is the 42-years old Rene Weiler from Switzerland, who managed the german FC Nurnberg in the last two seasons. He’s replacing Besnik Hasi, who left the club after two years in office.

Anderlecht’s ambition is obvious, with the club spending more than 10 millions euro on the transfer market so far. The right back Dennis Appiah was bought for 3 millions euro from the french SM Caen, while the romanian left wing Alexandru Chipciu was signed from Steaua for the same ammount of money. Three millions euro was also paid for the centre back Sebastien De Maio, who was playing for the italian Genoa last season. Further 2.20 millions in cash was paid to the egyptian club Ahly for the central midfielder Trezeguet. The attacking midfielder Sofiane Hanni was signed from KV Mechelen for an undisclosed fee.

In same time the club was left by Silvio Proto and Matias Suarez – both leaving without a transfer fee, while few other players also left on loan to other teams.

Gent is the team who could eventually make a bigger impact among the usually dominating Club Brugge and Anderlecht. The champions from 2015 finished third in their last campaign, but now the ambitions are higher. Hein Vanhaezebrouck’s team was improved by the centre back Stefan Mitrovic and the forward Jeremy Perbet, who were signed from SC Freiburg and Basaksehir respectively. It’s important to note that the club was left by its number one goalkeeper Matz Sels, who was sold to Newcastle for the sum of 6 millions euro. Mustapha Oussalah and Rafinha left without a transfer fee.