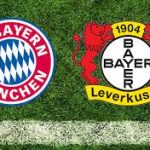 Bayern Munich hosts Bayer Leverkusen in a match from the third round of the German Bundesliga. Let’s take a look at this clash at the Allianz Arena in Munich.

Just as it was expected, Bayern are leading the standings in the Bundesliga with 6 points won from the first two rounds and a goal difference of 6:1. Right now the Bavarians are ahead of Wolfsburg and Hertha BSC, based on their goal difference. This is Niko Kovac’ debut season as a manager of Bayern, so there’s no doubt that he’d want to win the title at the end of the season.

In the previous round Bayern enjoyed a 3-0 win during the visit to Stuttgart. The champions dominated the game and won with goals from Leon Goretzka, Robert Lewandowski and Thomas Muller. Kovac left on the bench the Colombian star James Rodriguez, but even without him Bayern didn’t face any problems against the home team.

Bayern Munich are dominating the league with an ease in the last few years, but their main goal remains winning the Champions League. The last time Bayern won the European title was in 2013, when they were led by the legendary Jupp Heynckes.

After finishing outside of the Top 4 last season, now Leverkusen’s goal is to return to the Champions League. But they had the worst possible start of the new season – losing two consecutive times against Borussia M’gladbach and Wolfsburg. In these two matches Leverkusen conceded five goals and managed to score just one.

In the previous round Leverkusen welcomed Wolfsburg at the BayArena, but suffered a 1-3 defeat. Leon Bailey opened the score for the home team, but the Wolves managed to clinch the win with an own goal from Ramazan Ozcan and goals from Wout Weghorst and Renato Steffen.