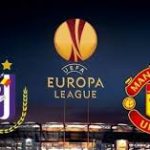 Taking into account that it seems really difficult for Manchester United to finish in the Premier League’s Top 4 this season, winning Europa League seems to be their best chance to qualify for the next edition of the Champions League. Most surely Jose Mourinho is aware with that, so expect to see him picking his best players for this clash.

Anderlecht managed to reach the 1/4-finals of the Europa League, after eliminating APOEL with two 1-0 wins in the last phase of the tournament. Rene Weiler’s team is currently leading the standings in Belgium and it’s marching towards another title in the league.

Manchester United on the other hand is facing some difficulties in Jose Mourinho’s first season at the Old Trafford. The Red Devils are currently 5th in the league, falling with 4 points behind Manchester City, athough they have a game in hand as well.

There’s a huge chance that United won’t finish among the first four teams in the league, so winning Europa League seems to be their best shot towards their main goal at the moment – qualification for the Champions League. After missing participation in the competition this season, another year without Champions League football is going to be a true disaster for the Red Devils.

Manchester United are arguably the big favourite against Anderlecht, but it’s never a good idea to underrestimate Belgian teams. Be aware of this team’s potential, but also be realistic about the two teams’ real chances in this one. United will try to win the competition as hard as they can, so their motivation is going to be a big factor in this one, that’s for sure.