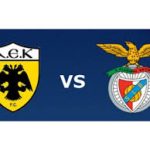 AEK Athens hosts Benfica in a match from Group E of the UEFA Champions League. Let’s head out to the capital of Greece and see what’s the situation with these two teams.

AEK didn’t start their Champions League campaign very good. The Greek team suffered a heavy 0-3 defeat during the visit to Ajax in Amsterdam, being unable to compete with the Dutch side at any aspect of the game. This was a good reality check for AEK, which showed them that maybe they are too green to be a real contender in the Champions League.

Meanwhile in the Greek Super League AEK are currently second in the standings, being on just one point behind the leader Atromitos. In their last game AEK enjoyed a 3-0 win over OFI away from home, with goals scored by Anastasios Bakasetas, Rodrigo Galo and Ezequiel Ponce.

Just like AEK, Benfica also started their CL campaign with a loss. The Portuguese giants were beaten with 0-2 by Bayern Munich at the Estadio da Luz. Rui Vitoria’s team tried to fight back, but Bayern’s class in this game was just bigger.

In the Portuguese Primeira Liga Benfica are currently 2nd, but being on just one point behind the leader Porto. Right now the Eagles from Lisboa have a record of 4 wins and 2 draws in their domestic league, no losses yet. In their last match Benfica lost two points, though. They made a 2-2 draw during the visit to Chaves. Rafa Silva scored a brace for Benfica, but these two goals were not enough for the win.

This is what we know about AEK and Benfica before their clash at the Olympiako Stadio Spyros Louis in the city of Athens. Benfica are favourites here, but you can be sure that AEK will give them a fight.